Step back in time to discover the contrast between the Roman Period and the Caliphate period in the famous Andalusian city with this Cordoba Day trip from Seville. 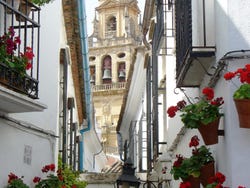 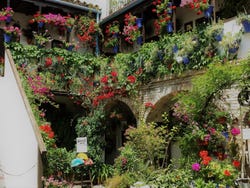 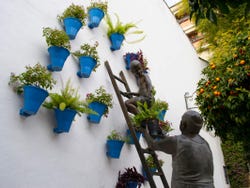 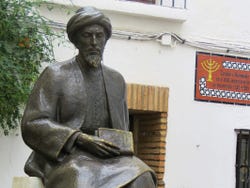 Early in the morning, we'll pick you up in Seville and head towards Cordoba. Just after leaving Seville we'll stop to visit the landmarks in the village of Carmona.

After nearly an hour's drive, we'll arrive at the UNESCO World Heritage Site and cross the famous bridge over the Guadalquivir River, which has even featured in the filming for Game of Thrones.

On the other side of this bridge, there is a Roman arch that leads us to the Mosque-Cathedral. Inside we'll admire its golden mosaics and the careful ornamentation of its endless row of arches and the mihrab, the sacred place that indicates the direction of Mecca. You'll be amazed by its contrasts and discover why this place is considered the most important monument of Western Islamic art.

Then, we'll go into the labyrinthine style streets of the Jewish quarter and let ourselves be enamoured by the charm of its white houses filled with colourful flowers.

You'll have free time to have lunch and try the local cuisine (not included).

In the afternoon, you can continue discovering the less touristic spots around Cordoba, such as the traditional Plaza de la Corredera, Las Tendillas and the Cristo de los Faroles. During the tour, you'll also have a close look at the picturesque Cordoba courtyards.

After a day visiting the most important sites around Cordoba, we'll return to Seville by bus.

Entry and audio guide for the Mezquita.

You can book up until 8 hours before the activity as long as there are still places. Book now to guarantee your spot.

Wheelchair accessible. This must be indicated in the reservation. An accompanying person is required.

US$ 109.90
No hidden fees or surcharges
Free cancellation up to 24 hours before the service starts
Book

His english is very good what I met the Spanish tour guid who I met in Spain. He also has a passion with his job. I had a great time.

Unq divine city, the huge mosque, very happy with the guide and the routes, we got to know a lot about the city, definitely a must see Opinion translated. Show original.

Very interesting and well organized tour, thanks to Guido who although the guide was in English and Spanish, he still gave us a lot of information also in Italian .. very helpful and prepared. Thanks again Opinion translated. Show original.

The only incorrect thing has been the displacement to a meeting point in the collection, when you indicate in the advertisement the direct collection to the hotel where the client is staying. Opinion translated. Show original.

I travelled by myself
Show all the reviews
like

9.30 / 10 118 reviews
Explore the beautiful Guadalquivir river in a fun way when you rent a kayak. Don't miss this opportunity to enjoy Seville from a unique perspective!
US$ 17.40
Book
like

7.90 / 10 852 reviews
Take a peaceful river cruise along the River Guadalquivir and admire iconic monuments such as the Torre del Oro and the Triana Bridge.
US$ 17.40
Book
like