This spectacular park was created as part of the gardens of the Palace of San Telmo and was donated to the city at the end of the 19th century. After being donated, the gardens were effectively forgotten about and become somewhat wild until they were restored for the Ibero-American Exhibition of 1929.

At this point, they reached their utmost splendour and became one of the most emblematic and appreciated public spaces in the city.

A Stroll through the Park

The park is full of magical spots worthy of getting lost in. Lakes with ducks and small bridges, manicured gardens and beautiful avenues lined with historical monuments and buildings.

You could spend hours and hours in the park and not see everything, but the following are the most recommendable places to visit:

The park is very large, so many visitors decide to explore it by bike or by horse and cart. 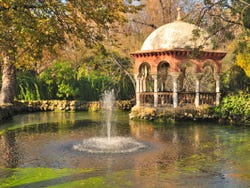 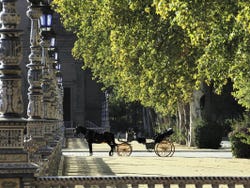 General Archive of the Indies Triana 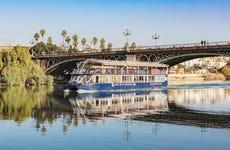